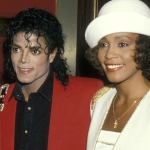 I usually write about love and relationships, but the untimely death of Whitney Houston overshadows my opinion of whether or not we should take Valentine’s Day seriously. Last night, the world didn’t stand still, but millions of hearts dropped at the devastating news of the musical legend’s passing. I’m a firm believer that when someone dies you paint the entire picture; good and bad. It tells a more authentic story of a soul that has passed and their journey on earth.Whitney Houston had a life full of ups and downs, but the media as well as some people in my social networks chose to focus on the negative.

What’s more shocking to me than her death itself is the covering of the incident by media entities across the country. Once it was confirmed that Houston had passed, various major media outlets spent minutes upon minutes revisiting what seemed like every single mistake the pop star had made. Her battle with substance abuse. Her tumultuous relationship with Bobby Brown. One outlet even went as far to do what seemed like an in-depth investigation as to whether or not Ray J and her were still dating at the time. Needless to say there were lots of speculations, and it was as if Whitney’s death had turned into a spectacle more than a genuine interest in reporting the details of the incident.

The pop star’s accomplishments were tremendous, but more time was spent on the former. Few people know about  the 400+ awards ranging from Emmys to Grammys that she’s collected during her career. Or that she was the only artist to chart seven consecutive billboard hits. Critics credited Whitney Houston as the “Queen of Pop” who paved the way for famous singers such as Anita Baker, Mariah Carey and Janet Jackson. But most would probably recognize her easier if someone did a “crack is whack” impersonation. See, the thing about news is that we rely on other people to inform us of it. We trust them to report fair, accurately facts, completely removing all biases so they can deliver not more of a certain type of truth than the other. Media entities are supposed to recognize that they’re at the forefront of not just disseminating information, but influence.

I question the focus of issues when reporting Whitney Houston’s death not for my own clarification, but on behalf of future generations. These are the individuals who I’m most concerned with because they won’t have the privilege to experience Whitney at her prime like myself and many of you did. All they will have is the videos and soundbites of “crack is whack” and a couple of YouTube clippings of her on “Being Bobby Brown.”

Whitney Houston was more than an entertainer. Through their music, she along with Michael Jackson literally bridged the gap that separated cultures. Their music transcended language barriers and other obstacles that stood in the way of the human race relating to one another on a universal front. That’s why they’re more than the harsh labels highlighting their struggles. Everyone doesn’t have the ability to resonate with a variety of people from all walks of life. They didn’t just sing the lyrics. They made you FEEL them. During the last half of Michael Jackson’s life, he experienced a similar fate. The media taunted him, often referring to him as “Wacko Jacko” more than the “King of Pop.”

So, when reviewing this instance, what has the media taught us? Its taught us that no matter how fair and unbiased entities try to be, one truth always overshadows another. Its taught us that as long as it’s all true, it doesn’t matter that we may be hurting the family members of another human being. Michael Jackson’s family reported that they couldn’t even turn on the television after his death. If I was a member of Houston’s family, I wouldn’t be in a rush to either. I choose not to remember Houston and Jackson for just their shortcomings, but for the wonderful gift they bestowed upon us for their time cut short on earth. R.I.P. Queen & King of Pop. You will be missed.