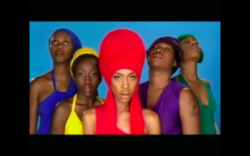 “Bag lady you gon hurt yo back/Draggin’ all them bags like that.”—Erykah Badu

Often, people tend to primarily associate heartbreak with romantic relationships. But the reality is that many of us experience that type of pain well before we even think about dating. Romantic relationships just happen to provide a space for such deep-rooted pain to surface.

I remember the first time I experienced heartbreak. No… it wasn’t 7-year-old Romel who kicked me in the stomach in second grade after I told him I liked him. It wasn’t the hugely popular J.P., who I found out was cheating on me in high school either. At the time, those instances yielded a great deal of emotional pain, but they didn’t compare to what I was about to experience for years to come.

As for my first true heartbreak, it came from my dad.

I can confidently say that my dad has been there for me for my entire life. For the most part, he’s been hugely supportive of my hopes, dreams and ambitions, and taught me how to survive in the world via book and street smarts. But how he let me down? I’m not even sure he is aware of it.

I became hip to my father’s heavy drinking around 4 or 5. Not because he was mean or abusive. I just remember smelling the alcohol on his breath, wondering why he fell asleep all of a sudden and why he sometimes had trouble walking normally like the rest of us, and lying to my peers about why my dad slurred when he spoke. Yes, he’d wake me up for school, prepare my meals, iron my clothes and make sure that I was on my way. Yes, I’d always be with him during the summer months, hanging out with his crew on the Low End. The problem was that he’d have to have a drink before he did any of that.

Honestly, it seemed like my dad was always drinking and that’s because, well, he was.

It wasn’t until I was 22 that I realized that the affects of my dad’s battle with alcoholism went well beyond our relationship. I had just met a wonderful man who wasn’t like anyone who I’ve ever dated.

He was kind, generous and authentic. He had a quiet, steady intensity about him, especially to be so young. He appeared to do all of the right things. No, he did all of the right things—not because he was running game, but because he genuinely cared. And he scared the hell out of me. I was experiencing a wave of anxiety attacks that wouldn’t subside no matter what I did. So I opted to go to therapy.

Read the rest at EBONY.