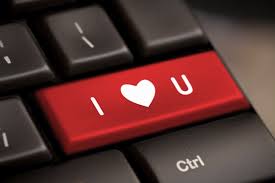 A few weeks ago, I posed a question on Facebook to my friends about dating. I asked them to explain what dating meant to them personally, and out of the 15+ responses, roughly 80% were different. That’s very telling when it comes not just to dating and finding a mate, but whether or not you’re on the same page when it comes to courtship.

Some said that dating is simply two people going out on an actual date. One person pays, the pair shares a meal and/or activity of some sort and simply hang out. Others stated that dating was a practice that is executed with the intent of finding a suitable mate for a serious relationship. Some said that it was just a fun practice to pass the time. If I were to ask you, you’d probably have a different take on what dating is as well.

What Are You Dating For?

In order to prevent yourself from being in a less flattering situation, it’s best to state your intentions up front when dating someone new. Do not wait to see if you hit it off. You will risk allowing too much time to pass and feelings to mature. While you shouldn’t come on too strong and say, “I’m ready to get married NOW” right away, there’s nothing wrong with expressing the reason why your’e dating. If you’re dating for fun, say so. If you’re dating because you’re seeking a relationship, state that. If you don’t know why, that’s fine too. Whatever the reason, it’s best to not waste time getting to know someone only to find out that you’re on two different pages.

Seek Those With the Same Intentions As You

Often, we tend to ignore the signs that someone just doesn’t want what we want. We form an idea of what “could be” with this person “if they just did x,y, and z.” That’s a big “IF” most of the time. No matter how much potential we see in someone, sometimes they’re just not ready. It’s best to either accept the situation for what it is, or let them go. Otherwise you risk harming any future chance of a relationship that you two could have, because of pressure and frustration caused by resentment of the fact that you want different things. So just date someone who is ready for what you are whatever that may be.

Whatever your dating style, it’s important to be 100% honest with who you’re dating. It’s best to communicate when feelings change, and whether or not other people are in the picture early on. You always want to give people the power of choice and never leave them in the dark. Being upfront may be tough, but it will get you that much closer to the love that you desire and deserve.